Over a decade of putting sustainable tourism initiatives into action 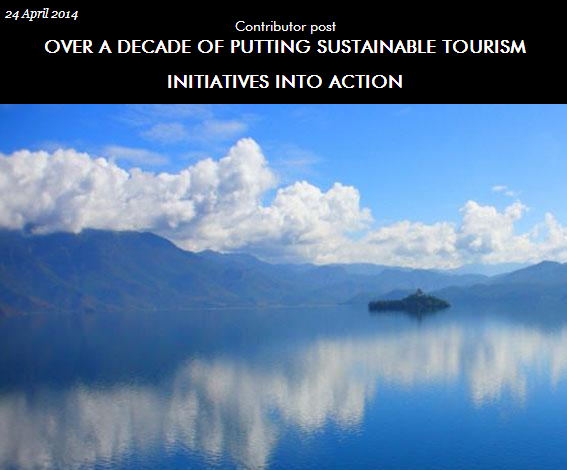 DD: What was the moment of inspiration that led to the creation of the UNWTO ST-EP Foundation?

The thrilling journey of the UNWTO ST-EP Foundation started in 2002, when the UNWTO launched its ST-EP (Sustainable Tourism for Poverty Elimination) Initiative at the World Summit on Sustainable Development in Johannesburg, South Africa.

As a response to the adoption of the UN Millennium Development goals in 2000, the ST-EP initiative was aimed to enhance UNWTO’s work to encourage sustainable tourism – social, economic and ecological – with activities that specifically alleviate poverty, deliver development and create jobs for people living on less than a dollar a day.

At that time, I was representing the Republic of Korea as Chairperson of the Visit Korea Year, and I immediately encouraged our government to join this sustainable tourism venture. In particular, the Korean government expressed its willingness to play an active role in the creation of the UNWTO ST-EP Foundation, in order to bolster efforts to increase political will and funding opportunities to support the ST-EP projects.

As a result, an agreement was signed in 2004 between the Korean Government and the UNWTO to establish and host the ST-EP Foundation in Seoul.

The constitution of the ST-EP Foundation was unanimously approved by the 16th UNWTO General Assembly in December 2005, in Dakar, Senegal.

Three months later, the ST-EP Foundation’s Board of Directors convened its first meeting in Berlin, Germany, and voted the funding of the 6 first ST-EP projects supported by the Foundation.

DD: Were sustainability, capacity-building and knowledge-transfer programs established in the organization from the beginning?

Yes, those programs have been established and implemented from the beginning, based on the main mandate of the ST-EP Foundation, which is to promote poverty elimination through sustainable tourism development programmes and projects that can be carried out while preserving culture and the natural environment, thus contributing to the UN Millennium Development Goals (UN MDGs), and then UN Sustainable Development Goals (UN SDGs).

The ST-EP Foundation have implemented various capacity building and knowledge transfer programs that have benefitted over hundred tourism professionals and government officials from African, ASEAN and Latin/Central American countries. Meanwhile, the ST-EP Foundation has promoted the transfer of the Saemaul Movement experience, the Korean sustainable development model, while contributing to its globalization in Africa.

DD: Ultimately, how are your organization and its commitment to reduction of extreme poverty and inequalities good for the environment?

We should remind here that ‘ST-EP’ stands for ‘Sustainable Tourism for Eliminating Poverty’, which means that the economic, social and environmental dimensions are equally important.

Most ST-EP projects therefore integrate an environmental component, and are often designed as a means to create economic incentives to protect the environment and to consider natural resources as a tourism asset. For example, the ST-EP Foundation has supported the construction of an eco-lodge in Madagascar to promote the preservation of a forest area as a tourism destination. The Foundation has also supported the development of ecotourism in a network of protected areas and national parks in 10 countries of West Africa.

Finally, it is worthwhile to remind here the 7 ST-EP mechanisms through which tourism can contribute to the social, cultural and environmental pillars of sustainable development. Cross-cutting aspects such as gender equality, social empowerment, the protection of biodiversity and conservation of heritage are as well addressed in ST-EP activities.

She is also part of a group of eminent personalities who have shown outstanding leadership in promoting the Millennium Development Goals aimed at slashing poverty, hunger and disease by 2015.

Ambassador Dho promotes tourism, sports and education to fight poverty in the world’s least developed countries. She is spearheading the Thank You Small Library project of the UNWTO ST-EP Foundation which has established over 80 libraries in developing countries since October 2007.